Notes
Tweet
This Week on Proto Blast #146
Hi, everyone! :)
The work on Proto Blast continues, specifically on replicating the game to the new GDevelop 5. Albeit kinda confusing due to the change of interface, after doing some work in it, I had to admit that this new version of GDevelop is more intuitive than GDevelop 4. Being a beta, there are still some noticeable problems, though. One of them is its inability to open the last used folder when selecting image to add to the game. It always defaults to Recently Used files, so if we want to add new image, we have to go through all the folder to its location. 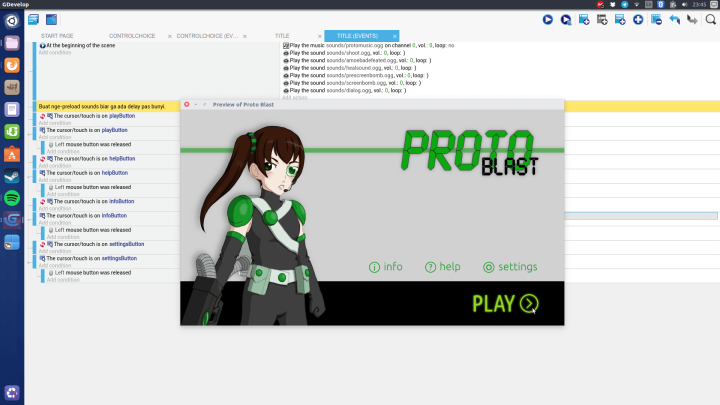 The nice thing is that now game previews in a standalone window instead of opening in a browser. It makes testing the game easier.
There are still plenty to do till the game level is ready to test, so I'll continue on working on the replication.

During the replication, I noticed that there are old codes that need to be replaced with a new ones on a scene (on the GDevelop 4 project), so I also fixed them.
For now, I think that's all I can tell. Stay tuned for the next recap :)
20 May 2018, 23:52 UTC+07
ProtoBlast
Comments (0)
Write a comment »
Recent Comments »